Christine spent over 20 years of her working life in the stressful environment of a financial trading house in the City of London.

After leaving the corporate world, due to the emergence of Crohns disease, she decided to pursue a more relaxed lifestyle and began to follow an holistic outlook to life which eventually led to her studying Reflexology. She soon qualified and became a fully-fledged member of the Association Of Reflexologists (AOR) with whom she has been practising with ever since.

She became so enthralled with the complementary way of life that she later added meditation to her list of tools and even incorporates this soothing technique into the final part of each Reflexology session.

As an experienced Practitioner, Christine often found herself calling upon her natural counselling skills and in a few cases, even referred patients to an offsite counsellor. It was for this reason that she took the next step forward and enrolled herself at the School of Analytical & Cognitive Hypnotherapy where she learnt her Counselling skills. Christine is also a certified Neuro-Linguistic Programming practitioner (trained by Dr Richard Bandler (creator) and Paul McKenna. 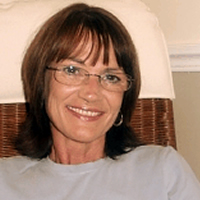